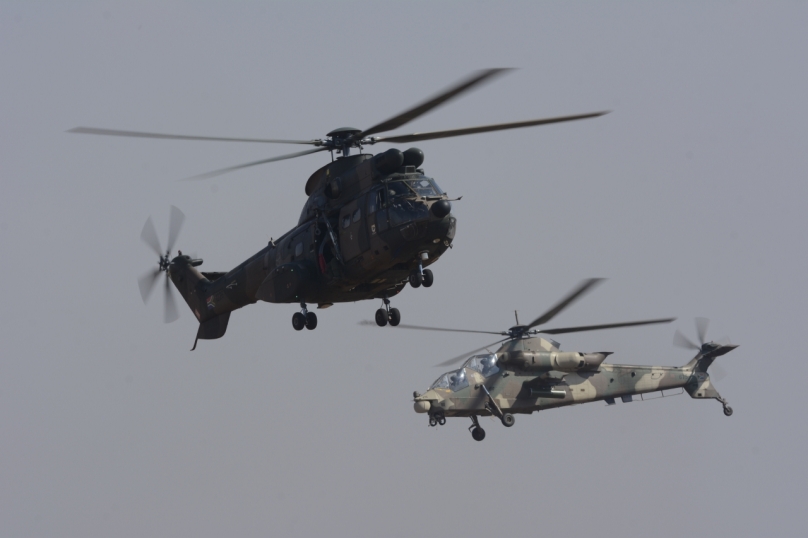 The one thing we all have in common is the freedom of choice.  This in itself stems from the reason that there is more than one option, and in most all cases, this is so.

Having a choice between two good and possibly favourable options is sometimes difficult, but not crucial as the outcome would not be detrimental, but at worst less favourable than the best option.

It is when we are faced with more than one option where one is according to the rules and regulations, norms and values, and the other contrary to the mentioned references, that consequence becomes negotiated.

Yes, normally acting outside the prescribed and proven correct required behaviour leaves the outcome to chance.  History has shown that when we are left over to the whims of chance, we are initially lured into a false sense of security, but inevitably, the table turns.  It is not if, but rather only a question when our "luck" runs out.

Aristotle, around 350BC, in his Treatise on Political Ethics, noted our strange behaviour in making choices.  He noted that even when we know clearly the difference between right and wrong, or good and bad, and with sufficient knowledge of the possible risk or negative outcome to action contrary to the norm, standard operating procedure (SOP), we elect to operate outside the clear and accepted way.  He noted this as "lust".  As I understand this is the lust for power, money, excitement, sex, perceived saving of time and at times just to be otherwise.

This same Aristotle noted in his formulation for clear and precise argument, that there are three ''Truths''  that must make for a point of departure when one enters into rational discussion or argument.  The first Truth he cited as a Fact and it is the Fact of existence.  This means we do not argue about whether we do exist, we are not in the "Matrix", we really are human with all human factors applicable to us all.  We can only run this fast, multiplex to a certain degree, cognitively be so agile and physically end up all in the grave.  As it was once noted in the London Times; "No one will get out of the life alive".  Yes, we all die, but the trick is it should be rather of old age and not of foolish self-indulgence.

The second Truth he stated as the Principle of non-contradiction.  This one is quite clear; you cannot contradict your own argument, belief system, accepted SOPs and so on.  Rational argument does not mean you cannot change your mind, rather it means that we may indeed do so when faced with superior argument.

The third Truth was that of a Condition that we have the knowledge of Right/Wrong, Correct/Incorrect, Good/Bad.  If you do not have this knowledge, you cannot partake in rational discussion, and for that matter, behaviour.

OK, so what does this mean?  Well, firstly we must make peace with the fact that we are not super human and that wrong behaviour leads to us bleeding, mentally, physically or financially.  It is simply a case of cause and effect.  As long as you operate outside the Law, the Law will creep up and catch up.  This is when you hit the mountain after so many years of scud running, so many years of cutting corners, bad fuel planning, risky behaviour that you thought made you macho and attractive to the others.  Well, sorry, you can only impress the uninformed, the uneducated, the unsophisticated and the ignorant.  No you cannot cheat nature or your makeup, or for that matter, the informed.

When facing the second Truth, why is it that you profess one course of action but pursue another?  You are contradicting yourself every time that you know the correct SOP, but elect to do your own version.  Constantly getting yourself to the level where you believe your own miss-aligned doings as in fact superior and correct.  You are arrogant, vain and definitely not professional. The wheel does turn.

When it comes to the third Truth, why is it that you have the knowledge of what you may and may not do, you have the knowledge of your qualifications and what those qualifications enable and authorise you to do, yet, when it comes to what suits you, you are acting against all good knowledge.  You unnecessary fly low, enter clouds illegally, unprepared and untrained, do no proper flight planning, let your ratings lapse and so on.

We know the score, mountains lots, humans nil. Remember, your machine, the environment out there and for that matter even God does not respect you.  Respect is initiated at the self-level.  Only if you have proven self-respect, then we can trust you to respect others, trust you to respect nature and the environment and finally God.  No, I am not getting religious on you or me, just the bare facts.

Yes if you want to change it, there is a process.  Give it to those who are schooled to train aviators, trained to do accident analyses and investigation, trained to expand the flight envelope, trained to handle whatever you think is possible.

Finally, you know by now that all the rules have been written in pure aviator's blood.  Sorry, yours is not required anymore; we only need your honesty, integrity, professionalism and adherence to our code of alignment with the SOP!